Change Vote to "No With Veto" on Juno Prop 16 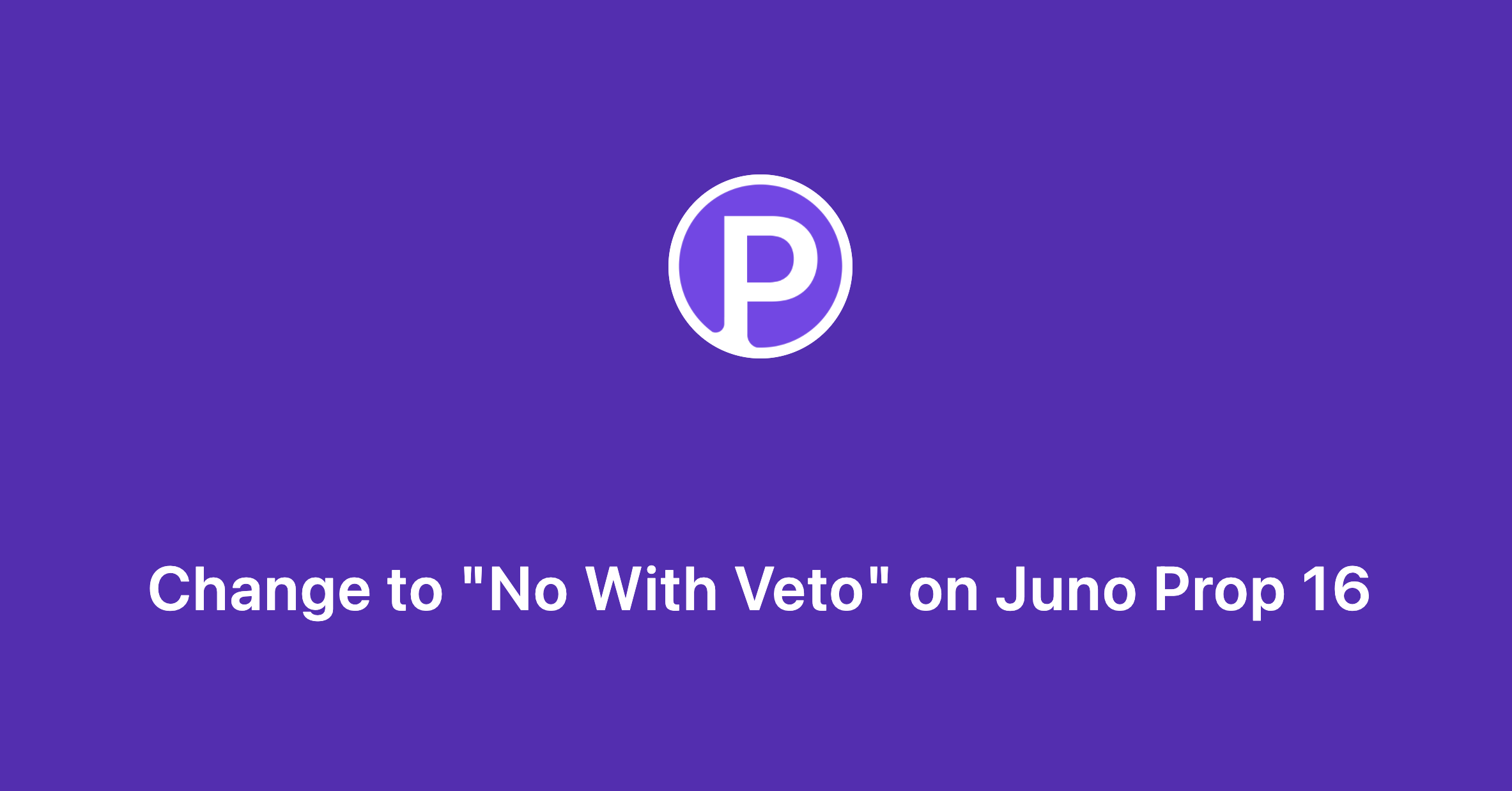 Over the past two days, we have heard from the Whale with two long statements. In these two statements, the most damning is the private chat between Wolfcontract (Juno Core-1 member) and the Whale, and the most intriguing are the alternative proposals to resolve the issue. Both are worth a thorough reading.

Just in the past hour, we have heard from Juno's Core-1 team asking the community to down-vote Prop 16. We concur.

We as Core-1 sincerely ask the $JUNO community to down-vote #prop16.
The text of the proposal was rushed. Parts do not reflect core principals that Juno holds dear. After a period of gathering more information and consulting with the community

We believe in "strong opinion, weakly held." We voted "Yes" in our initial vote and re-affirmed the "Yes" vote with a blog post to support our vote. However, we are open to this new information. Given the new revelations and the changed position from Core-1 team, we have changed our vote from "Yes" to "No With Veto."

Our conclusions are below:

In conclusion, we believe that Prop 16 needs to fail. It was made in bad faith, it did not consider alternative solutions, and many votes were cast with an incomplete picture of the situation. Therefore, we change our vote to "No With Veto."

P.S.: We still believe that our "Yes" blog post is an intellectually articulate piece in support of the "Yes" vote. We believe it is much better than most pitchfork-like discourses in support of "Yes" that we often get on Twitter, Reddit and Discord. We will leave it up with a disclaimer on top.