NASDAQ-Listed Altcoin $NFLX Crashes Due to Its Faulty Tokenomics 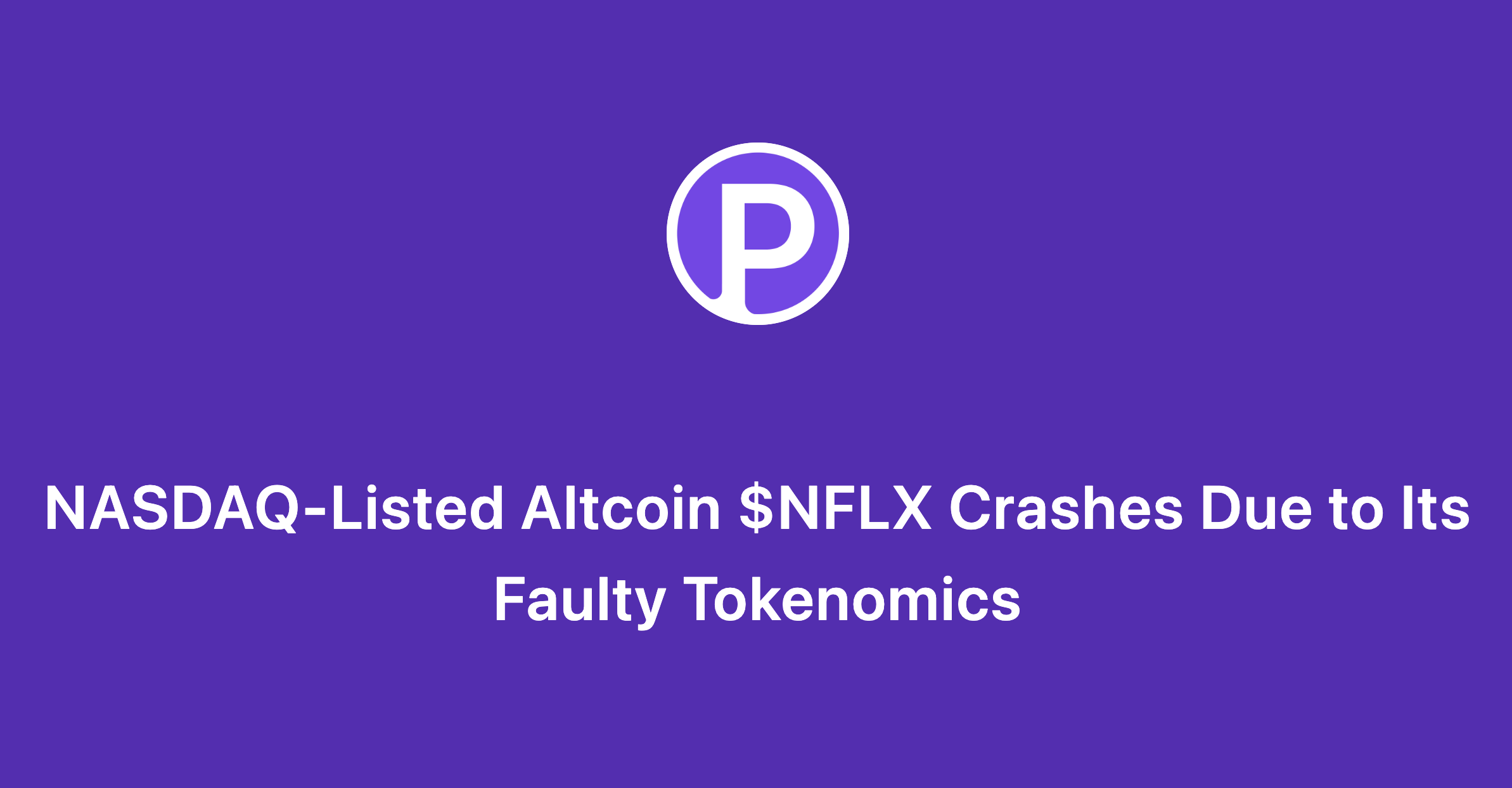 Today, a friend of Polkachu tipped us off with the latest crash of an NASDAQ-listed altcoin $NFLX. We have researched its history and concluded that such collapse is inevitable due to its faulty tokenomics.

High Gas Price: Its monthly gas price has increased significantly from $8.99/m to $15.49/m in 7 years. This makes the protocol unusable for many new users and pushes existing users to alternative Layer-1s.

Unfair Rewards Distribution: According to its quarterly whitepapers, the protocol emits new tokens only to its DAO members as "Employee Stock-Based Compensation". Regular Stakers on NASDAQ do not get any of these inflation rewards. This leads to massive unstaking and reduces the security budget of the token.

Early Supporter Departure: $NFLX was bootstrapped by its early liquidity providers in its v1 DVD protocol. However, these early supporters did not receive any airdrops. Instead, genesis tokens mostly went to VCs and institutions. The community has revolted, leading to its first user decline in the protocol's history.

Lack of Fee Subsidy: Many altcoins subsidize transaction fees to gain adoption. However, NFLX's core development team has refused to use advertisements as a key lever to reduce transaction fees. Forks like $HULU and $DIS has deployed similar protocol on alternative Layer-1s and attract NFLX users via Vampire Attack.