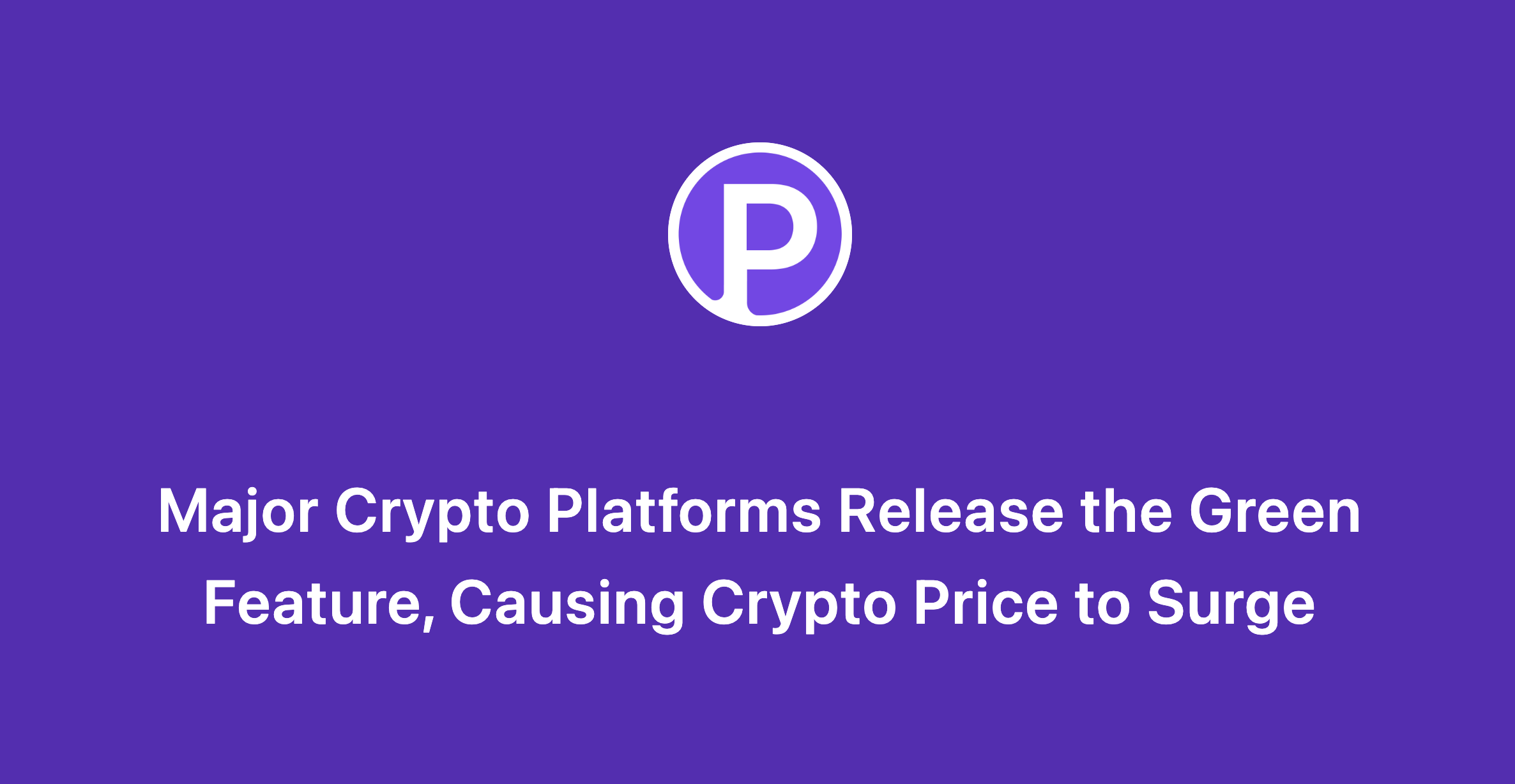 All major crypto platforms released the Green feature in a coordinated fashion on May 4th, 2022. This historical coordination has raised the prospect of what is possible under the new paradigm of Web3. Crypto price has surged as a result.

The new Green feature was first discovered by Kingnode, who dived the source code of CoinGecko and got the earliest sneak peek. His tweet sent the Crypto Twitter into a mental state that can only be described as exuberant frenzy. 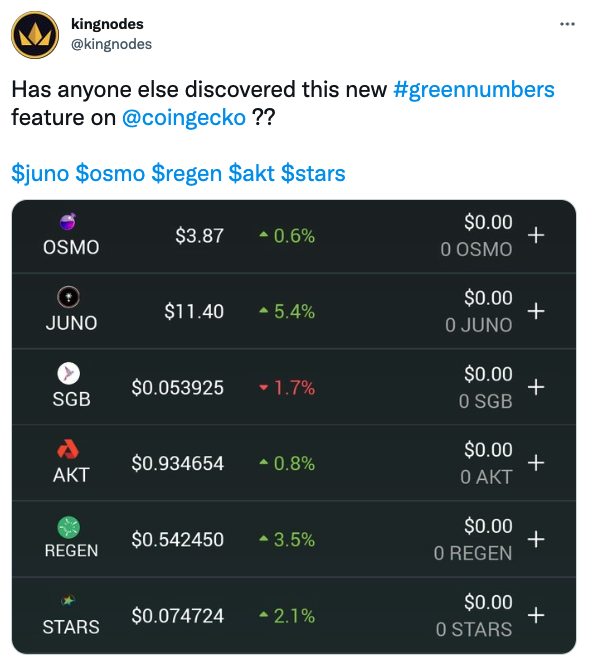 On May 4th, 2022, the big bang happened almost at the same second. It is not only CoinGecko, but all major crypto platforms (including Coinbase, Binance, Osmosis, etc) turned on the new Green feature at the same time. It is unclear how the historical coordination was achieved without an inevitable leak to the public. An unconfirmed anonymous source indicates that all product managers involved were token-gated away during the final sprint.

When asked for comments, Osmosis product manager Imperator said, "The Green feature is the most requested user feature since the founding of Osmosis. However, the team had been focused on minor features like Superfluid Staking, Bridge Selection, etc. But it turns out that the Green feature is the only thing that matters for a DEX like us. We were wrong and we are sorry."

"This is a new chapter for the community" Jabbey (Interchain Reply Guy), replied, "Token is a new global coordination primitive that ..." Before he can finish, he found out that someone is wrong on the Internet and became fully engaged in a Twitter fight.

At the time of this reporting, the Green feature is stable across all major platforms. However, one anonymous product manager sent Polkachu a confidential memo which indicates that the feature could have a bug that would turn the Green feature into red.

The product manager added, "We do not worry about this much. If it happens, we can submit a governance proposal to fix this bug. We will choose Juno for the proposal, since it has a stellar record in using on-chain governance to fix bugs."

He further added, "May the 4th be with you."